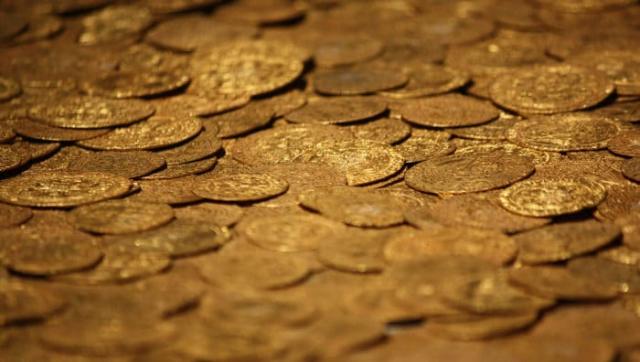 The concepts behind money and insurance have been around a very long time. Bartering was the first system of trade. I’ll give you an axe if you help me hunt a mastodon.

Some time in the distant past, our ancestors started using various objects as currency — things like salt, beads and shells. The point of using replacement objects, instead of the real thing, was to speed up the process of bartering.

In about 1,000 B.C. the first coins were made, in China. The first “official” coins were minted in 600 B.C. in Lydia, or what is now western Turkey. Having the world’s first monetary system made Lydia wealthy, giving birth to the saying, “rich as Croesus” after the Lydian king who minted the first gold coin.

When Marco Polo visited China in about 1200 A.D. he found the first paper money in circulation, with the inscription: “All counterfeiters will be decapitated.” European nations used coins as currency until into the 1600s.

The first paper money in Europe was issued by colonial governments in North America. Because shipments from Europe took so long, the colonies had to issue IOUs as currency. The first instance was in Canada, in 1685, when French soldiers were issued playing cards to use as cash.

Insurance emerged as a way to spread risk. Like money, its roots are lost in the distant past. In fact, it can be argued that it’s part of the human survival instinct to spread risk. Examples of spreading risk include things like hunting in groups, forming towns and sailing in fleets.

One of the oldest deciphered writings in the world is actually about insurance, believe it or not. The Hammurabi Code was written on a Babylonian obelisk and dates back to 1745 B.C. It stated that loans did not have to be repaid if the debtor suffered a personal catastrophe that made it impossible to pay.

An early example of insurance, as we know it, comes from Europe in the middle ages. Craftsmen belonged to guilds, and paid into a fund that helped them out if they were robbed, their workshop burned down or they were disabled. Today, we call this “group coverage.” The safety net it provided encouraged farmers to take up crafts, and increased the supply of goods available for trade.

The concept of underwriting was born in the coffee houses of London in the late 1600s, principally one owned by Edward Lloyd (which became Lloyd’s of London). Here, merchants and ship owners would gather, with documents that listed their cargo. Investors would sign at the bottom of the document, indicating what share of the cargo they were taking responsibility for. So they really were “underwriting,” literally.

Another major development in the story of insurance came from France. In the 1650’s, Blaise Pascal and Pierre de Fermat discovered a way to express probabilities — which meant it was possible to understand risk. This led to the first actuary tables, which are used to this day to calculate insurance rates.

From there, as they say, the rest is history. The means to provide affordable insurance options is a triumph of ingenuity and benevolence in our society.

Want to know why insurance costs what it does?Read The Cost of Life Insurance in our Insurance 101 blog series .

Teachers Life is more than just an insurance company. Our policyholders are Members. Founded by educators in 1939 to provide not-for-profit insurance; Teachers Life is dedicated to making our community better.