Often the first people who notice that an someone is having difficulties are those closest to the person – their family, teachers and peers. Sometimes the signs are subtle and emerge gradually. Other times signs can be quite dramatic and appear suddenly. Noticing the signs of mental illness is particularly difficult during the growing-up years, especially the teen years, because behaviour changes are often dismissed as “growing pains” or “teenage angst.”

In an article in Huffington Post Canada, Richard Shepler, a senior research associate at the Begun Center for Violence Prevention, Research and Education at Case Western Reserve University, explains that

“one may see a variety of emotions and behaviours with adolescence such as moodiness, irritability and impulsiveness that can be fairly typical of adolescence or a manifestation of normal development…the key difference between ‘normal’ adolescent emotions and a mental health disorder is duration, when the emotion or behaviour persists and interferes with the young person’s daily life.”

Generally, it is not just one change in an individual that becomes noticeable but several changes in their behaviour. It is important to recognize that any of these behaviours on their own, and lasting for a short time, can be normal. It is when the behaviour continues or is joined by other behaviour changes that it is time to consider getting a professional assessment. That said, if the person makes any comment about wanting to die or kill him- or herself, the comment needs to be taken seriously. Call a centre for professional support. 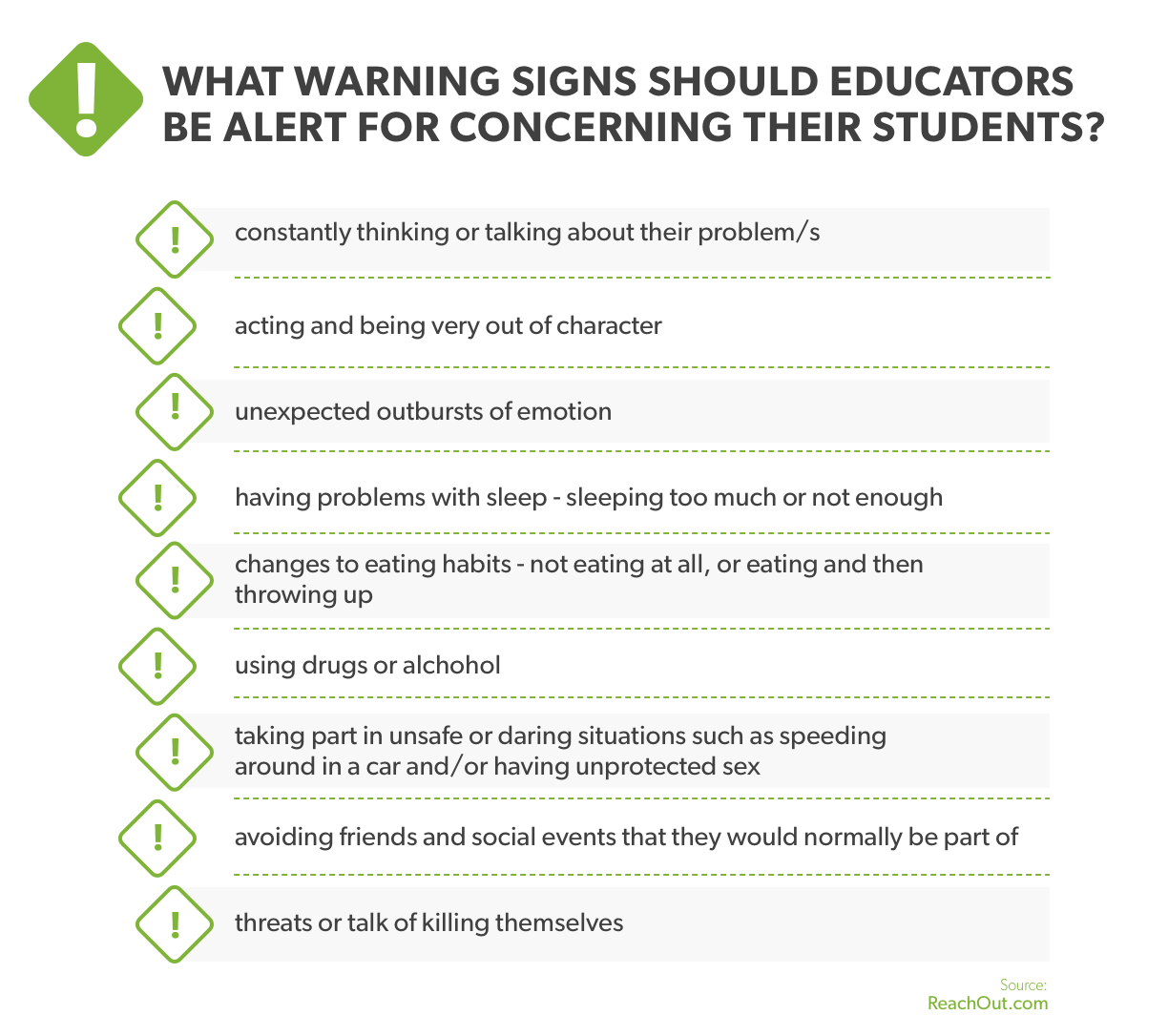 The signs and symptoms of mental illness can vary depending where a person is in their life span. The diagram shows some general symptoms that may indicate a mental illness: